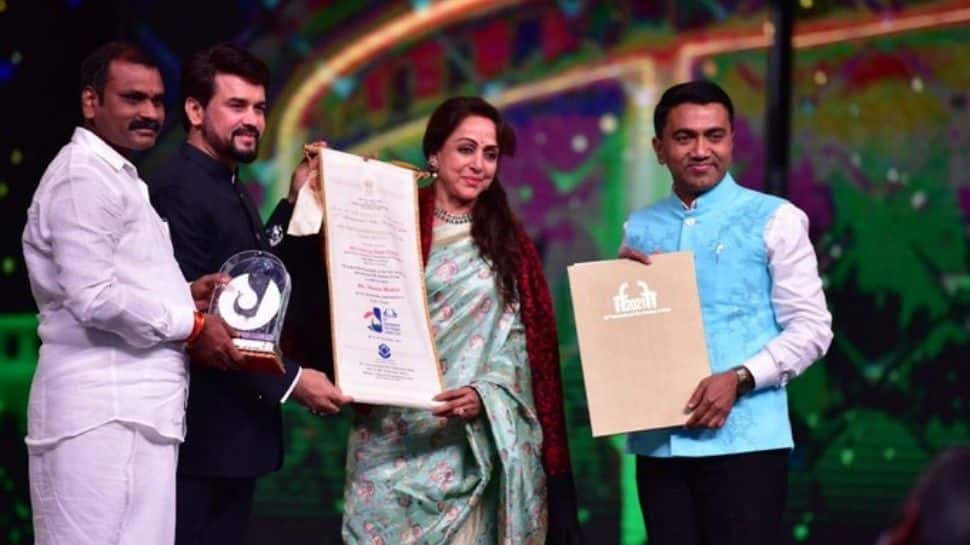 
Actress and Mathura MP Hema Malini was honoured with the Indian Film Personality of the Year Award at the 52nd version of the International Film Festival of India (IFFI) right here on Saturday.

Hema Malini, who made her appearing debut in 1963 with the Tamil movie ‘Idhu Sathiyam’ and later made her entry into Hindi cinema as the lead actress of ‘Sapno Ka Saudagar’ in 1968, has acted in a quantity of movies, many of which, together with ‘Sholay’, went on to turn out to be superhits.

When TV host and comic Manish Paul, who was co-hosting the occasion with Karan Johar, requested Hema Malini for her favorite character from amongst the scores she had performed in her lengthy profession, the actress replied, “All of them. Everyone does a role thinking that this will be her best.”

When Paul continued, she first stated ‘Lal Pathar’, after which went on to reel out a collection of names. ‘Lal Pathar’, by the way, was one of the uncommon movies the place Hema Malini performed a destructive position, that of a jealous mistress of a zamindar.