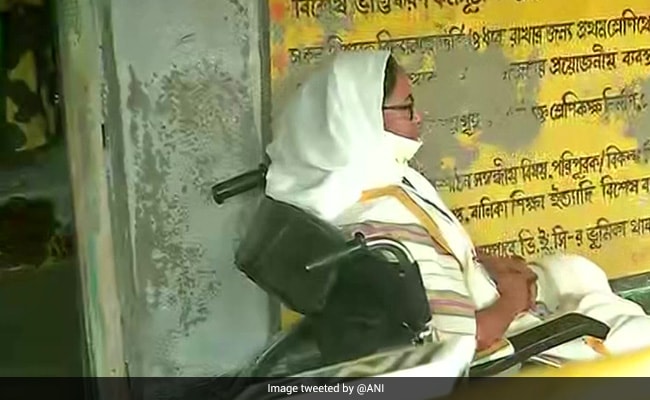 Bengal Chief Minister Mamata Banerjee dialled Governor Jagdeep Dhankar from Nandigram at the moment amid a face-off with BJP staff. Nandigram — the centrepiece of the Bengal elections the place the Chief Minister is dealing with protege-turned arch rival  Suvendu Adhikari — is voting at the moment.

The Chief Minister, who was monitoring the proceedings from her house in Nandigram, left round 1 pm as Trinamool leaders complained of sales space seize and rigging.

Alleging that goons “from other states are creating ruckus here”, Ms  Banerjee stated, “I have lodged 63 poll-related complaints since morning, no action has been taken by the Election Commission”.