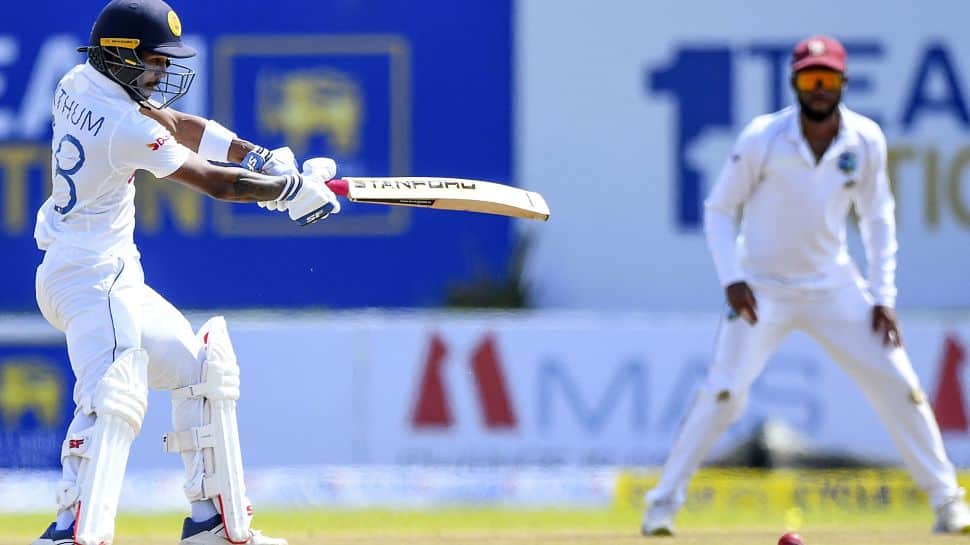 
Galle: Dimuth Karunaratne, Dhananjaya de Silva and Pathum Nissanka had been the shining gentle as Sri Lanka dominated Day 1 of the continuing first Test towards West Indies right here on the Galle International Stadium on Sunday.

At stumps, Sri Lanka`s rating reads 267/3– with Karunaratne (132*) and Dhananjaya (56*) unbeaten on the crease.Opting to bat first, Sri Lanka openers Pathum Nissanka and Dimuth Karunaratne offered an excellent begin to the hosts because the duo noticed out the opening session.

Both batters noticed out 27 overs within the first session, scoring 61 runs.Nissanka and Karunaratne began from their left off and the duo introduced up the 100-run opening stand within the thirty ninth over of the innings.

Both batters went previous their half-century mark, however the 139-run opening stand was lastly damaged by Shannon Gabriel as he dismissed Nissanka (56) within the fiftieth over.

Oshada Fernando (3) failed to depart a mark as he was despatched again to the pavilion by Roston Chase and Sri Lanka was diminished to 164/2.

Angelo Mathews (3) additionally departed cheaply as he was dismissed by Chase, however Karunaratne marched on and the skipper went on to register the three-figure mark.

In the top, Karunaratne and Dhananjaya ensured that the hosts don’t undergo extra hiccups earlier than the shut of play on Day 1.

Bangladesh vs Pakistan: Shaheen Afridi apologises to Afif Hussain for directing throw at him | Cricket News – Times of India