The Supreme Court on Friday stayed a Calcutta High Court order refusing to tackle document affidavits filed by Chief Minister Mamata Banerjee and others in reference to the Narada case.

The courtroom directed Ms Banerjee – and the Bengal authorities and Law Minister Moloy Ghatak – to file recent pleas asking the High Court to rethink taking the affidavits on document.

The High Court has been requested to resolve on the recent pleas – and accepting the affidavits – on the subsequent scheduled listening to date – June 29.

The orders from the Supreme Court got here after two judges – Justices Aniruddha Bose and Indira Banerjee – recused themselves from listening to this case. Last week Justice Banerjee additionally opted out of a separate case associated to post-poll violence in elements of Bengal.

The case was reassigned to Justice Vineet Saran and rescheduled to at the moment; “This is a new case… We have not yet read the file. So let us have it on Friday,” Justice Saran had mentioned.

On June 9 a five-judge bench of the Calcutta High Court, led by Acting Chief Justice Rajesh Bindal, declined to just accept the affidavits filed by Ms Banerjee and Mr Ghatak.

Senior advocates Rakesh Dwivedi and Vikas Singh, showing for Mr Ghatak and the Bengal authorities, mentioned the affidavits had to be on record as they dealt with roles of concerned persons.

The High Court mentioned Ms Banerjee and Mr Ghatak took the danger of not submitting the affidavits on the proper time; “cannot now be allowed to file the affidavits at their own whims and fancies,” it mentioned.

The affidavits contained Ms Banerjee and Mr Ghatak’s model of occasions on May 17, when the Central Bureau of Investigation arrested three Trinamool Congress leaders, together with two ministers, and an ex-MLA of the ruling celebration in reference to the Narada case.

The arrests had been adopted by a livid Mamata Banerjee camping outside the agency’s office for six hours; on the similar time a big crowd of Trinamool supporters gathered and protested outdoors the constructing, throwing stones and attempting to interrupt barricades.

Citing the protests – which it referred to as “mobocracy” – the CBI had requested for the Narada case listening to to be transferred out of the state.

Ms Banerjee and Mr Ghatak’s affidavits had been meant to counter the CBI’s switch request.

The Narada case includes a 2014 sting op by a journalist who posed as a businessman planning to put money into Bengal. He gave wads of money to seven Trinamool MPs, 4 ministers, one MLA and a police officer as bribes and taped your entire change.

The tapes had been launched simply earlier than the 2016 Assembly election.

Customer Leaves A $16,000 Tip For This Restaurant; Owner Amazed By Generosity

Windows 11 operating system: Here’s how to obtain, upgrade options and other details 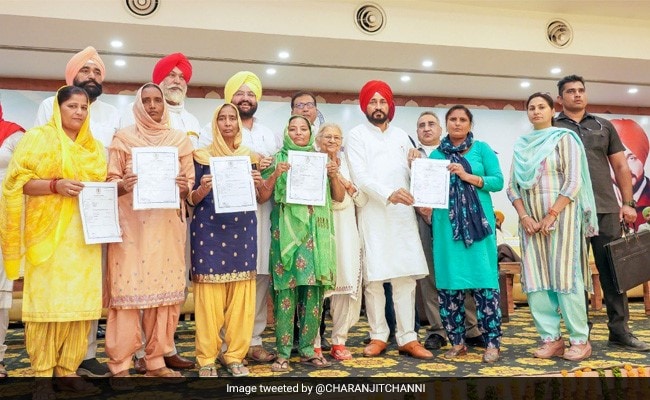 We will hunt down terrorists and their sympathisers: J&K LG on civilian killings | India News – Times of India