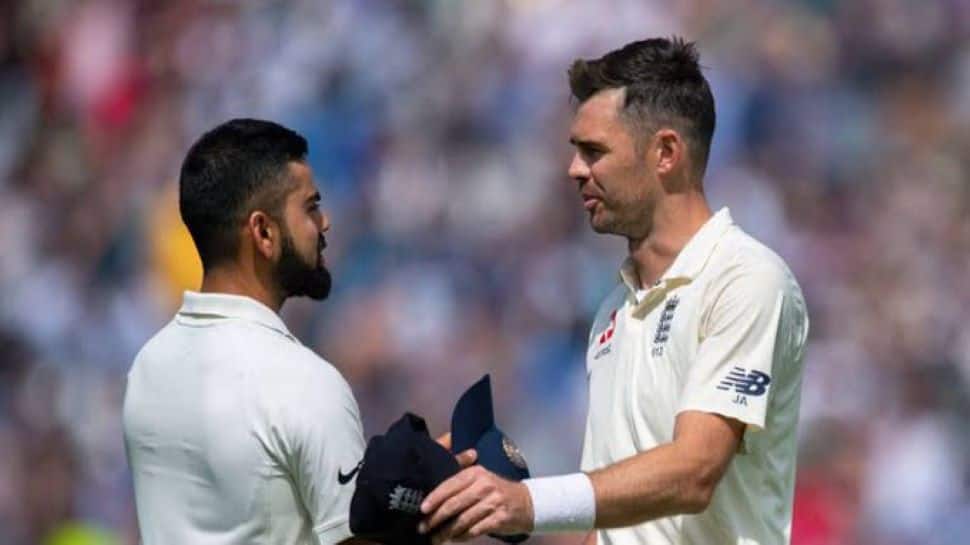 
The 39 years outdated Fast-Bowler James Anderson who has retired from shorter codecs of cricket in 2015 managed to dismiss Kohli twice at a price of 64 runs in the course of 4 accomplished Tests.

“This summer was probably my favourite contest with Virat. We`ve had a few good battles over the years, both in England and India, but this year was certainly my favourite. I got him out a few times but also he got some runs as well, and we had a battle on the field where there was definitely a mutual respect there. It was in a really nice manner if that makes sense. Obviously, we were going at each other, but it was in a well-spirited way. So I really enjoyed that,” Anderson informed Fox Cricket’s Road to the Ashes podcast.

One last time, Virat Kohli vs James Anderson, one of the nice battles ever in the fashionable period can be coming to an finish by way of this sequence. The King vs The King of swing.pic.twitter.com/lIObxZnzvh

Talking about his potential battle with Steve Smith in the upcoming Ashes, Anderson mentioned: “As a bowler, you always look at the best player, and for me over the last three, four, or five years, Steve Smith’s been Australia’s best player. He`s been the one they rely on for their volume of runs, obviously supported by guys around him like (David) Warner and (Marnus) Labuschagne recently. But he’s been their go-to in the last few years, so he`ll be the one that we will be keen to get out early.”

“We’ve got to start well. The Gabba in particular is huge for us. If we can get one-up on a few batters early, then that can have a real snowball effect throughout the series. Bowling in Australia is not necessarily more difficult, it’s just different. In England, the Dukes swings more often than not, and with the wickets, we play on, you can get some seam movement as well. But you’re not going to get many swings with a Kookaburra, so it`s just about trying to hit good areas. You’ve just got to be relentless, and so accurate. And that’s where people do struggle,” he added.

England and Australia will lock horns in a five-match Ashes, starting December 8 in Brisbane.

Team India may rest Virat Kohli, Rohit Sharma and seniors for NZ series due to THIS reason