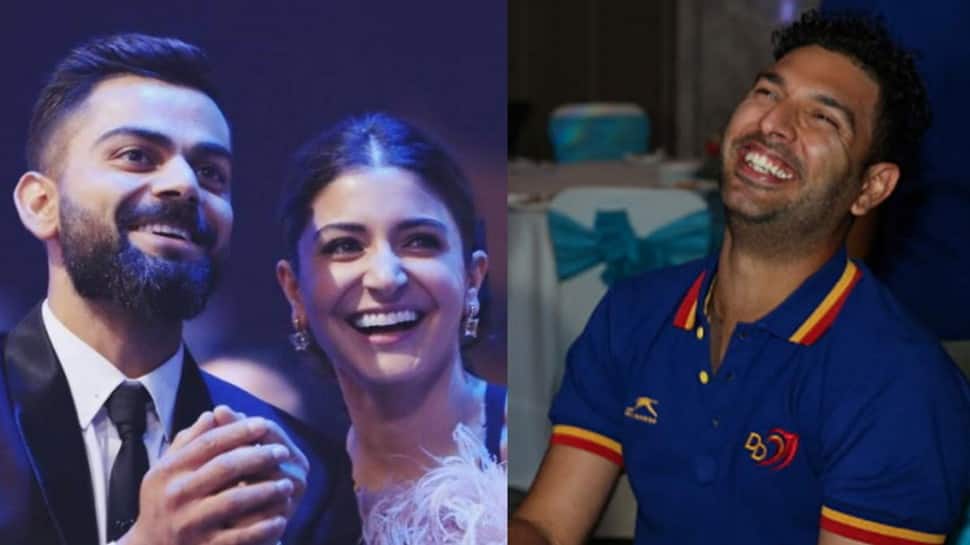 
Team India didn’t stay as much as the expectations within the T20 World Cup 2021 as they had been knocked out within the group stage of the event after managing simply three wins in 5 matches within the Super 12. The Men in Blue suffered two back-to-back defeats of their first two video games of the World Cup in opposition to Pakistan and New Zealand, which fully derailed its possibilities of qualifying for the semifinals.

Notably, the 2021 T20 World Cup was additionally Virat Kohli’s final project as Team India captain within the shortest format of the sport.

Meanwhile, Team India’s early exit from the event sparked a flurry of memes on social media and one such hilarious meme was shared by former India batter Yuvraj Singh on his Instagram account.

The meme featured Kohli and his spouse Anushka Sharma and it additionally concerned Yuvraj and highlighted India’s middle-order woes within the T20 World Cup 2021.

In the meme, Anushka appears to be like at Kohli, who seems to be pondering one thing in his head, and wonders if he is desirous about different women. But on the flip aspect, Kohli is considering Team India’s possibilities on the T20 World Cup had Yuvraj been included within the squad.

Interestingly, Yuvraj gained the Man of the Tournament award within the 2011 World Cup for his excellent efficiency with each, bat and ball. He had scored 362 runs at a median of 90.50 and claimed 15 wickets too.

The southpaw retired from worldwide cricket in 2019. However, in a stunning growth, Yuvraj introduced that he’s coming out of retirement and will return to the sector in February subsequent 12 months.

Taking to his Instagram tales, the 39-year-old all-rounder wrote, “God decides your destiny !! On public demand, ill be back on the pitch hopefully in February! Ain’t nothing like this feeling! Thank you for your love and wishes mean a lot to me! Keep supporting India, it’s our team and a true fan will show his or her support in tough times (sic).”

Children inspire me like no one else: Tahira Kashyap Khurrana on Children’s Day